Beatles Collection of Outtakes and Rehearsals

Want to Hear What’s on the Beatles Collection?
Something
Strawberry Fields Forever
Vinyl Message from 1963

As a bonus you will receive 20 4″ x 6″ photos. Each CD comes in a protective Jewel Case.

Don’t have a CD player anymore, NO PROBLEM we include a Thumb Drive of all the CD’s 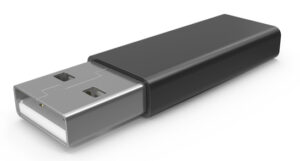 Beatles Collection 10 CD’s of Outtakes & Rehearsals Over 8 hours of Pleasure.

Be the first to receive and listen to Beatles recordings that have never been released before – Directly From The Vaults of Gold Record Outlet!

This created a Treasure to all Beatles lovers, here is over 8 hours of listening pleasure.

Conversations, comments, working out a tune, finding the right word for a phase.

You will hear their creative brilliance, cheeky fun times and serious collaboration.

These CD’s sound great but they are raw and uncut. You will enjoy every second

1 Christmas CD Greetings to the Fan Club Members. You won’t stop laughing, their humor at its best.

As a bonus you will receive 20 4″ x 6″ photos. Each Beatles Collection CD comes in a protective Jewel Case.

Don’t have a CD player anymore, NO PROBLEM we include a Thumb Drive of all the CD’s

* All Autographs and Signatures are Reproductions of the original.

There are no reviews yet.

This site uses Akismet to reduce spam. Learn how your comment data is processed.

All Products in Stock We
Ship the Next Business Day!

Search by Artist, Band or Genre

Guaranteed Satisfaction: In fact, we have a no question asked return policy. All of our Gold Record Art displays and collectible Memorabilia are non RIAA awards.